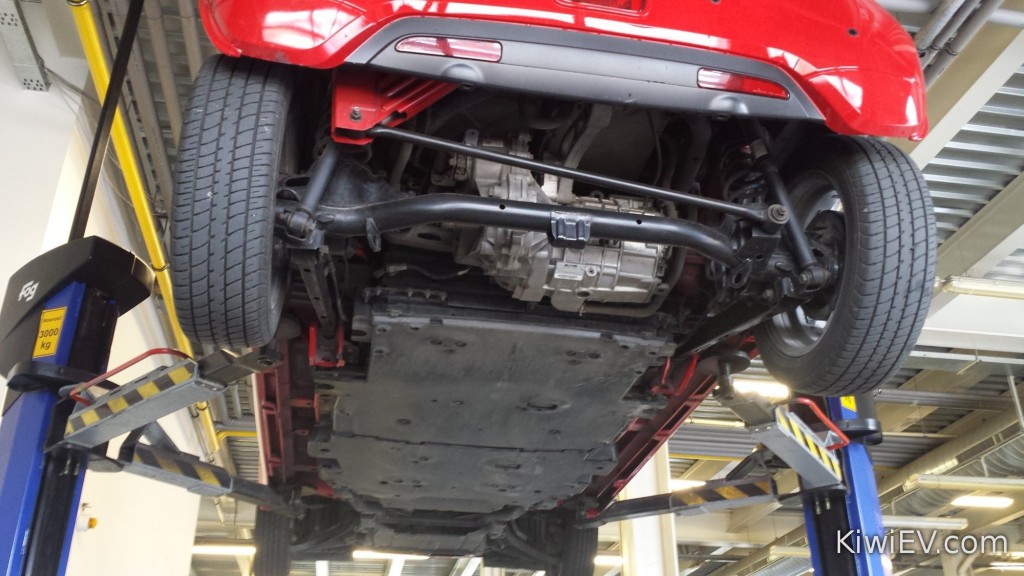 The view from underneath my mighty Peugeot iOn

The car needed it’s 40,000 kilometre service, so I took it into the Peugeot dealer and they really serviced it thoroughly. They changed almost everything you can change on an electric car:

Yep, they replaced three whole things… All three of them. 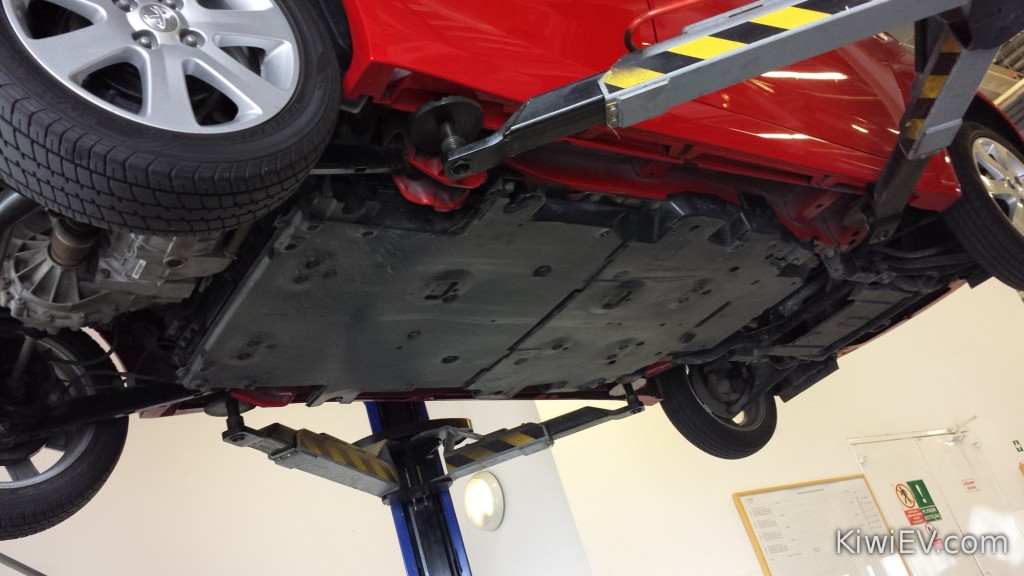 The old battery cover was replaced for free as part of a factory recall.

Normally, when I take a gas car to be serviced I end up with three pages of replaced parts and a promise to donate my first born child to pay for the extreme cost, so this was a really pleasant surprise. Plus, now I have a shiny, new battery skid-guard under the car and it cost me nothing: 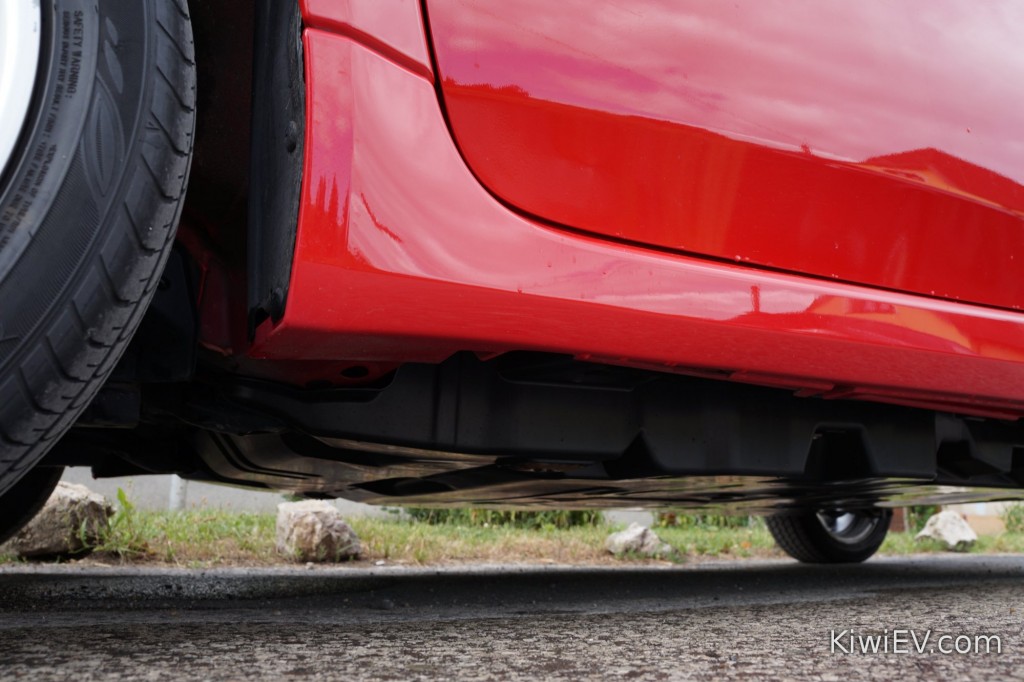 The new battery cover for the electric car was completely free.

After the service, I decided to take the car on it’s longest ever trip: a drive from Bratislava (where I live) to beautiful Vienna, in Austria. 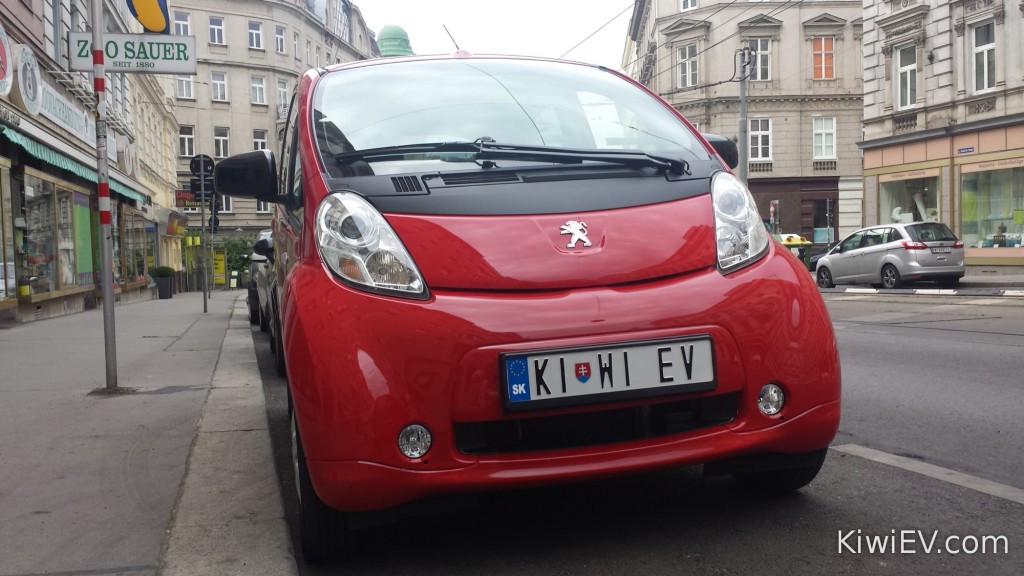 Grüß Gott! The Kiwi EV is in Vienna!

At 90 kilometres (56 miles) it’s actually not that far away, but it’s far enough that I must rely on the quick charging system to get me home. No big deal, as I have a VIBRATe (Vienna-Bratislava electro-mobility) access card for a fast-charger in Vienna.

The VIBRATe charger outside Burger King in Vienna.

Unfortunately, I soon discovered that my VIBRATe card is not valid for the charger outside Burger King in Vienna. Argh! I need this charger to get home!  I panicked and called the support desk and they tried to help, but told me that it’s not yet compatible with the VIBRATe network and they can’t get access to unlock it! What do I do?!

Despite this major system flaw, the helpdesk was as helpful as they could be and they directed me across town to an underground parking lot which had a Level 2 (3.7 kW) charger. This meant I was in for about 3 hours of waiting.

I was directed to this slow charger in an (expensive) underground parking lot.

It was also the first time I’ve been “ICEd”, which is when an Internal Combustion Engine car parks in front of an electric car charging point which they cannot possibly use.

So, I wandered around the streets of Vienna for 3 hours, charged up, then made the long, perilous journey home – and I almost didn’t make it. The best way to really experience the drama of this day is to watch this video below.

I got so angry with the incompetence of electric car fast-charging companies that I even put on a suit to make my point!