Cruising through Austria, listening to… nothing because the stereo is locked.

The stereo that came with the electric car was too boring for my tastes and I planned on replacing it with a cooler system. This plan turned into reality when I removed the stereo plug one evening to check the cable. When I reconnected the plug, the stereo asked for a code which I didn’t have. After trying a handful of combinations, the system locked up and it became useless. So I replaced it with this: Electric Car Trek: The Next Generation

I bought this new Nanox NX-1410G fold-out car stereo which I got from ebay. It was a piece of cake to install and it looks awesome!

But the sound system was still lacking in the car. The door speakers and dash-mounted tweeters just didn’t cut the mustard. It needed a subwoofer to give it more depth. Fortunately, I already have one: Hmm. Either the boot in the electric car is very small, or my subwoofer is very big. Or both. I needed a smaller solution, and it came in the form of a Pioneer TS-WX210A compact subwoofer. Much better!
The new touchscreen stereo is full of gadgets (including GPS, video input/output, and TV capability) and the new subwoofer makes a world of difference in sound warmth and quality. I mean, just because the car is quiet doesn’t mean it can’t be loud occasionally! 🙂 I designed these myself!

After driving the car around for a month, I realised that many people don’t know it’s electric, so I decided to put a cool electric car sticker on the back window. I couldn’t find any I liked on the internet, so I designed my own and had a local shop print them for me on cut-out adhesive vinyl. I really love the little plug on the end.

I peeled off the paper and adhered the sticker to the window. The result? I actually look forward to red lights now, because it means I can watch the reactions of the people in the car behind me as they point and look for an exhaust pipe that doesn’t exist! A shallow game, I know, but heaps of fun!

I’ve already done around 1500 kilometres (932 miles) since owning the car which means I’ve had the chance to pop in and use one of the VIBRATe (stands for Vienna-Bratislava electric) EV quick chargers.

VIBRATe charging station in Bratislava (behind the Slovnaft gas station)

Did I mention the quick charger was really quite quick?

Look at how much current is flowing: That sure puts the quick in quick charging.

354 volts at 122 amps. That equals 43.1 kilowatts of power pouring into the battery. At this rate it reaches half-full in about 8 minutes!

Then one evening, after giving the car a wash, I decided the time had come. I realised I had to do it… 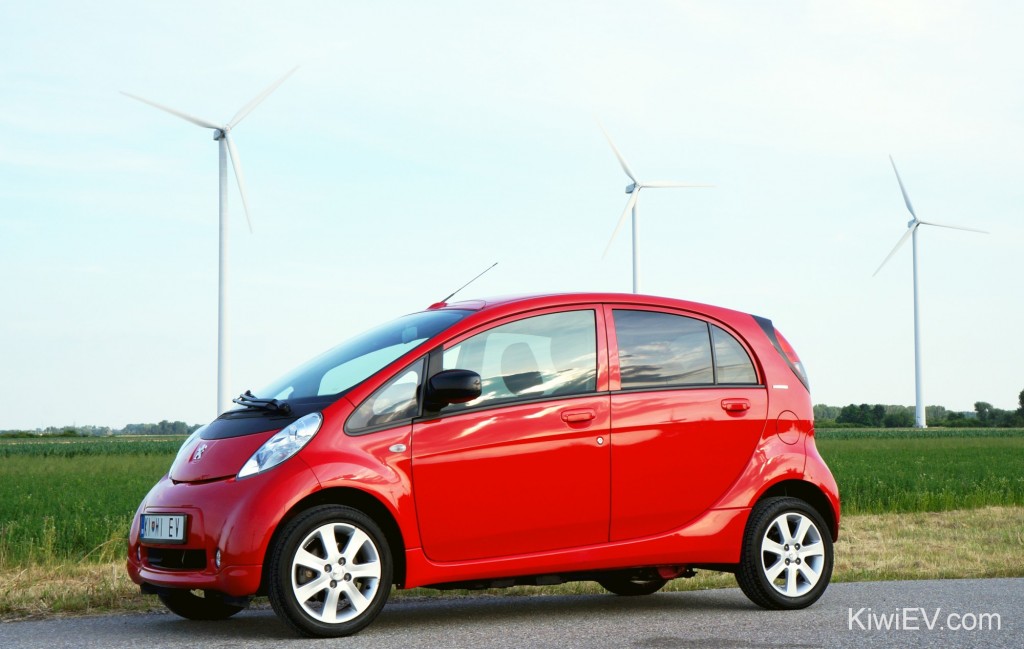 I couldn’t help it. I did the predictable “electric car in front of wind turbines” photo.

I’m not proud of this, but I took the electric car across the border to Austria and I parked in front of some wind turbines and took a photo. 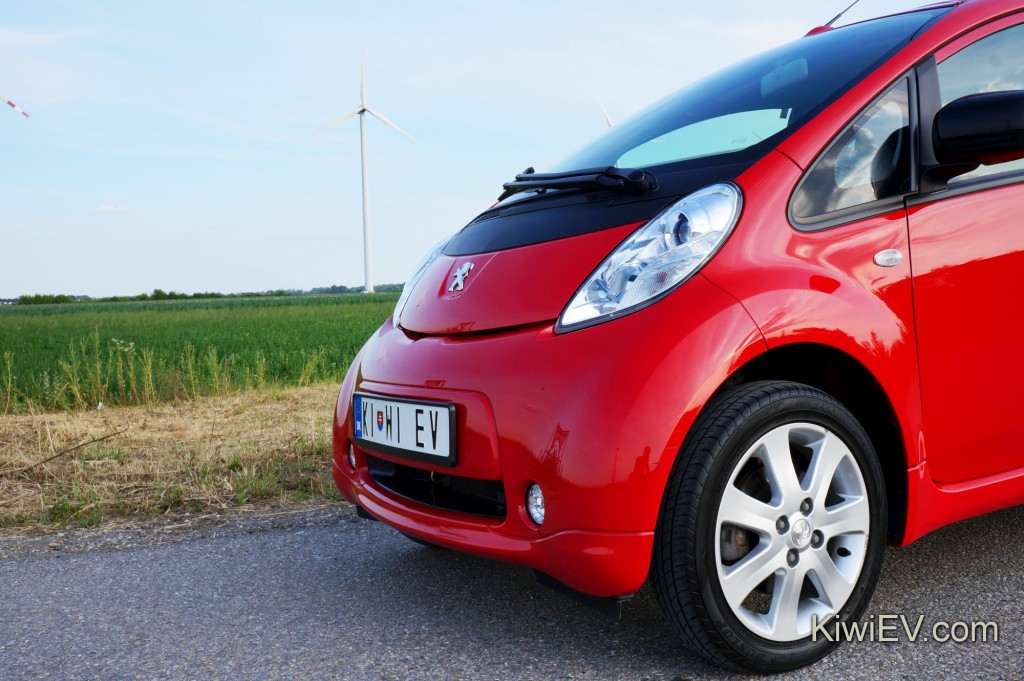 I know, I know, it’s the most predictable photo any electric car driver can do (aside from the awesome “parked at a gas station looking confused” photo) but I had to get it off my list.

We also decided to take the car for another long drive to a lake in Austria for a swim. It was great! We drove there and back (130 km / 80 miles) on one charge – although we did stop for a 5 minute top up in a small village which had free public charging: We didn’t actually need to charge, and 5 minutes with the regular charger made no real difference to the range, but come on! It was free! 🙂

For those who like to see and hear rather than just look at photos, I made a short video for you. I hope you enjoy it!

2 thoughts on “New stereo and subwoofer in the electric car”