Finally I own an EV again! 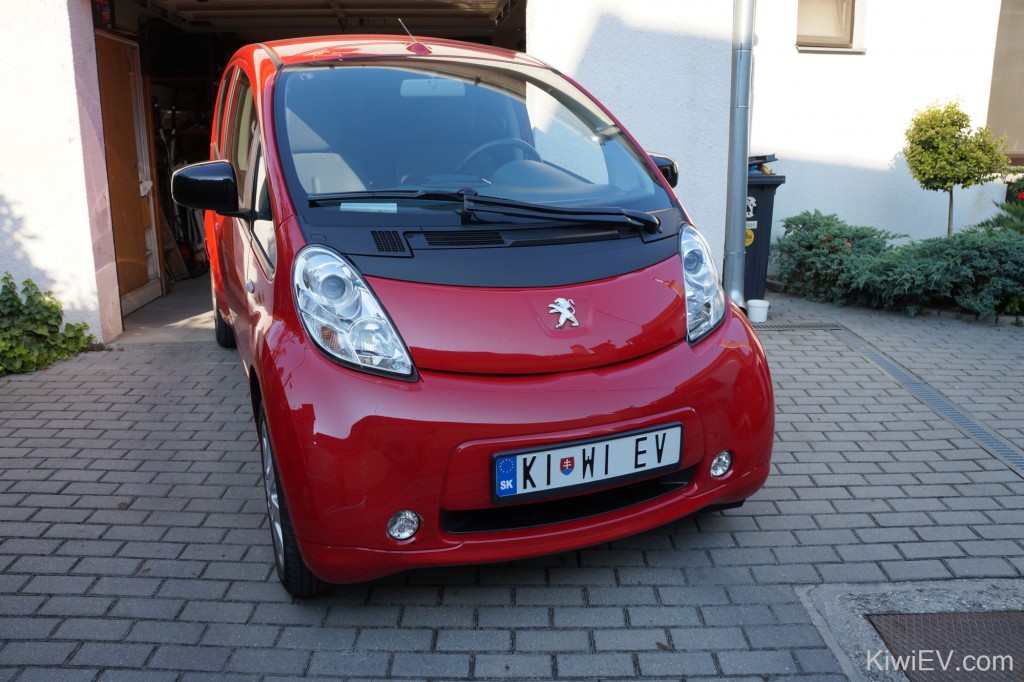 After years of wanting another electric car, and almost two years of saving every cent, I just bought an electric car! 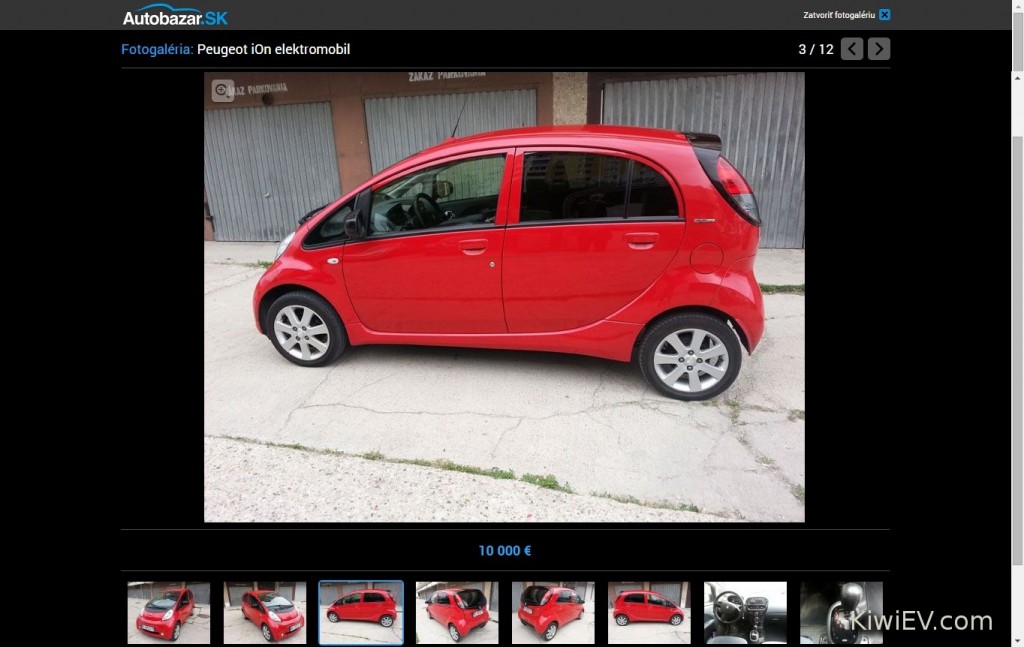 I knew the minute I saw it. Something just “clicked”. I had to buy it.

I’m truly gob-smacked (and very lucky) to have bought this awesome little electric car. As you can see above, the car was originally advertised for €10,000 – which is a bargain price – but the original owner (let’s call him Mr Awesome) let me have it for €7000!

Coincidently, that was exactly how much I had saved in a year and a half. It really was destiny. I was meant to have it.

But why did he sell it to me for so little? He could have easily got the €10,000 asking price as electric cars are very rare in Slovakia (at the last count there are only around 60 EVs in the whole country with a population of 5 million!). 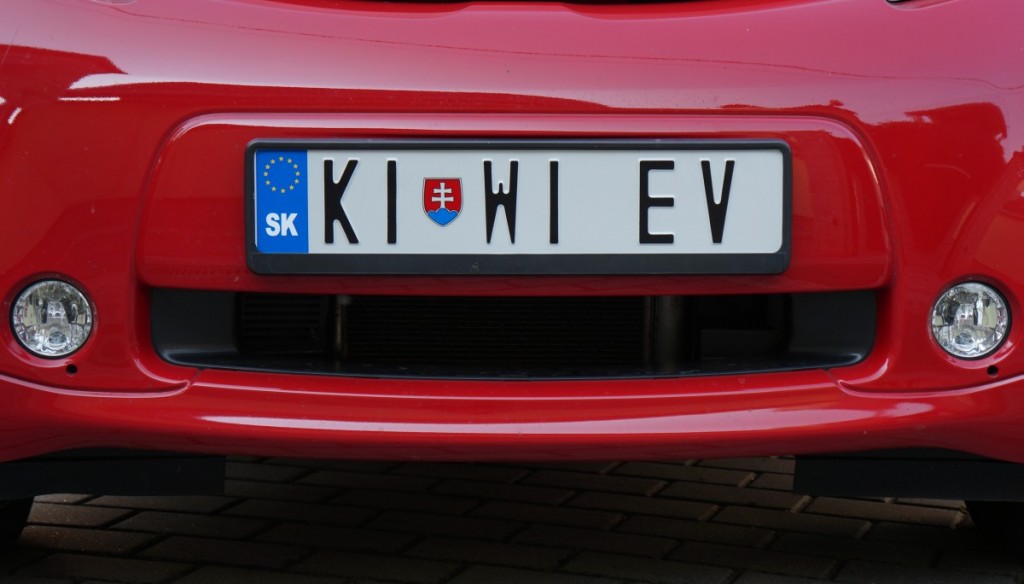 These custom plates are awesome but they’re actually purely decorative and not legal.

Well, the reason was simple, but sad. Mr Awesome bought the car for his wife in 2011 and – get this – it’s the first electric car ever registered in Slovakia to a private citizen. His wife put many thousands of kilometres on the car (and a few scratches) but sadly she passed away in late 2014 after battling an illness.

The previous owner kept the car until June 2015, but it just sat in his garage, so he decided to sell it. As I was checking the prices and availability of electric cars every day, I saw it pretty quickly. My heart skipped a beat.

I realised if I sold my gas car I could achieve the €10,000 asking price. My wife called Mr Awesome and arranged to go and see the car as soon as possible. Then, upon meeting him in person, he knew me! He’d seen some of my electric car obsessed tweets and comments around the internet and knew just how passionate I am about electric vehicles.

Long story short, he offered it to me for €7,000 as that’s what car dealers had offered him and he wanted to move on with his life. I grabbed his hand and shook it enthusiastically, and barely a day later we went to the Dopravný inšpektorát (transport office) to change the ownership into my name! 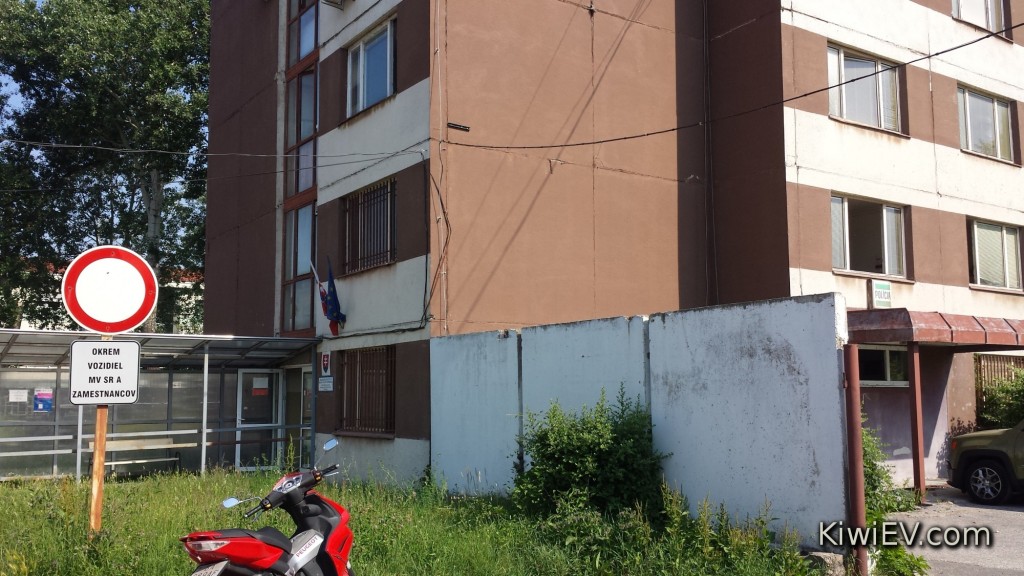 The Dopravný inšpektorát is one of the least fun places to visit in the whole of Slovakia.

A visit to the depressing and bureaucratic transport office is not much fun (is it in any country?) but it had to be done. After a short wait, we filled out the paperwork, a police officer checked everything, and I drove away in my electric vehicle!

Click below to watch the event unfold on video!

It was a real miracle. There’s no other word for it.  I’m absolutely thrilled and I’ve already driven 200 kilometres in city driving in just one weekend!

So come along with me on this voyage of discovery and gas-free adventure, starting with this one!

5 thoughts on “Woohoo! I bought an electric car again!”